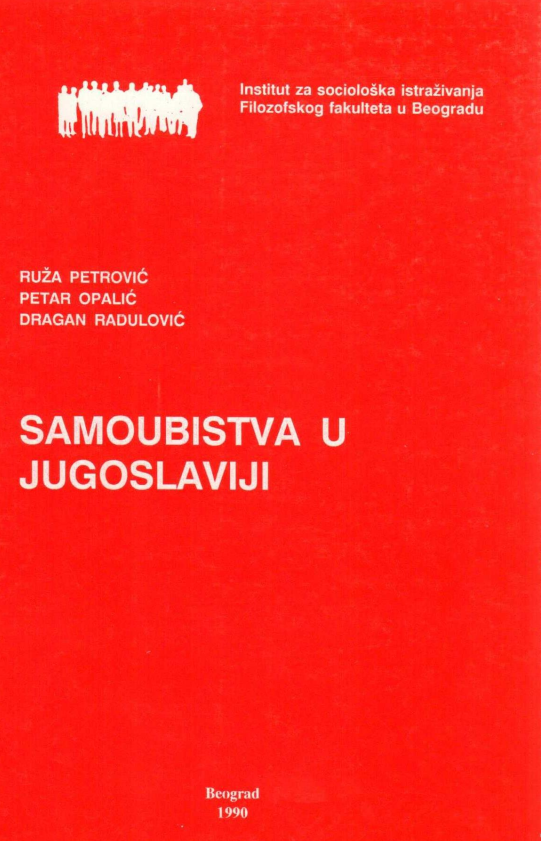 In this book the authors analyze the statistical distribution and social characteristics of suicides in Yugoslavia between 1950 and 1990. In the first chapter, sociological theories of suicide, limitations of the sociological approach to suicide, and the issue of the social content of suicide are discussed. The second chapter is devoted to the statistical incidence of suicide in different parts of Yugoslavia, and the third to the effects of gender and age on suicide rates. The fourth and fifth chapters examine the social and psychological traits of suicidal persons.