Call for Papers for the Special Issue of the “Sociologija” Journal 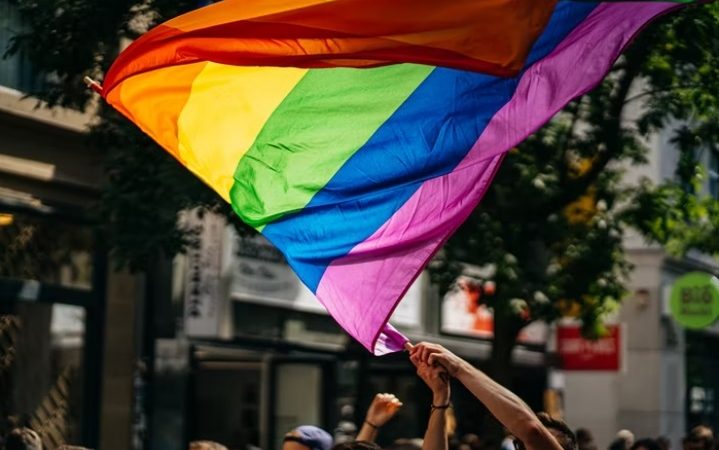 In cooperation with the journal “Sociologija”, we are publishing a call for papers for the interdisciplinary special issue Living between Sex and Gender.

Although the distinction between sex and gender is the backbone of the gender theory and policies that aim to establish laws, strategies and mechanisms of gender equality in modern democracies, the terms “sex” and “gender” and the distinctions between them are not fixed and given, but open to numerous interpretations in feminist theory.

Whether within existentialist-phenomenological, poststructuralist, Marxist, or neo-Marxist approach, “black” feminism or queer theory, the relationship between body, gender, and politics remains inevitably controversial. Biological determinism, initially criticized by feminists as a tool for the institutionalization of gender inequalities and the oppression of women, classifying them as second-class citizens, has been constantly re-examined and used in the works of feminists themselves (i.a. Beauvoir, Rubin, Chodorow, etc.) in many ways, as a perspective on understanding the differences in the social position of men and women. Despite the significant legacy of social constructivism in feminist theory, we are witnessing the reemergence of biological determinism this time, as a mean of fighting for women’s rights in one part of the feminist movement today. Representatives of these groups believe that the relativization of the biological foundation of women’s social position, which occurs through the advocacy for LGBTI rights, especially the rights of transgender people, is in fact the appropriation of identity and rights belonging to women, which they fought hard for during the long feminist struggle with patriarchy. However, these groups neglect the specific life experiences and identities of LGBTI people.

How these new/old concepts, by (re) introducing hormonal and metabolic categories into modern political language, call into question the relationship between politics and biology, and redefine the pivotal feminist thesis of feminism, formulated by Simon de Beauvoir in The Second Sex: “A woman is not born, but rather becomes.”  What are the political implications of this turnaround?

Are there a priori existing political alliances between women, can they be based on physical and biological traits, and should they always be prioritized?

How does the development of new technologies revise the notions of “nature” and “gender”, introducing the concepts of transhumanism into feminist research?

This special issue aims at increasing the visibility of the feminist controversies that occur in the theoretical gap between sex and gender, and to point out the political implications of the existing differences, especially taking into consideration concrete social status and rights of LGBTI people in the wider heteronormative environment, with the special reference to the social position of LGBTI people in Serbia today.

LGBTI community constantly faces multiple exclusions, only one part of which comes from the above-mentioned fraction of the feminist movement. Moreover, the position of this community is determined by existing divisions and struggles in society. Problems that affect the majority of the population affect LGBTI people as well, but in this case, one must also take into consideration the discrimination on the basis of non-recognized identity. Furthermore to problems related to the subjective sense of identity, we can also think about the economic position of LGBTI workers, unemployment of trans women, unavailability of a range of health services, the right to marriage, parenthood and mutual assistance, basic rights that should be guaranteed to all.

The exclusion of different identities that do not fit into the heteronormative framework, especially in Serbia today, is not limited to the political sphere or everyday life. The academic field is also extremely heteronormative, while affirmative research and papers on LGBTI people are still “alternative”. Heteronormativity is implied in the social sciences, which considerably narrows the way we observe reality, reproducing the dominant power relations in society, as well as in theoretical discourse. Conservative discourses do not characterize the social sciences only in Serbia – we are witnessing a much wider turn to the right across Europe when it comes to feminism, gender and queer studies.

The idea for the interdisciplinary approach emerged from the need to expand the epistemological field of Serbian sociology as well as the perspectives of other disciplines related to the issues of gender identity, sexual orientation and biological/ cultural/ historical processes that shape them. Moreover, we see the importance of documenting the experiences of those on the margins, and the validation of gender and sexual diversity in the scientific field.

We invite you to submit papers with a special focus on the following topics:

– Development of the new technologies and changes of the concepts of “nature” in sex/gender debate;

– Neoliberal policies and LGBTI – historical analysis, a re-examination of identity politics, and the relationship between class and (homo) sexuality;

– LGBTI community in the time of Covid-19 pandemic.

The paper proposal must include the title of the paper, an abstract of the paper (up to 300 words) and a short biography of the author. The abstract should include research questions/theoretical problems, research goals, main ideas, and expected results. Papers can be submitted in Serbian or English.

The email address for paper submission and the enquiries: sociologijatemat@gmail.com

Resubmission of revised papers to the editors: August 20th, 2022.

Editors of the Special Issue: